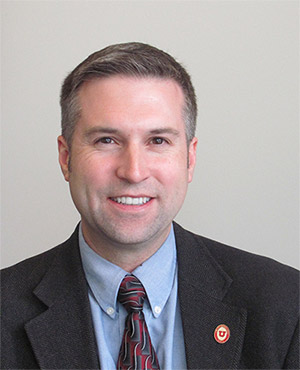 The Twentieth Annual William R. and Erlyn J. Gould Distinguished Lecture on Technology and the Quality of Life

Surviving the Earthquake: How Scientists, Publishers, and Libraries Will (or Won't) Thrive in a Radically Destabilized Scholarly Communication World

One of the most horrifying things about being in an earthquake is the realization that there is, literally, no    such thing as "solid ground" on which to stand, and that you don't know how soon there will be. This is  exactly the situation in which all participants in the scholarly communication environment currently find  themselves. And here is the hard truth: it doesn't much matter whether libraries and publishers survive.    What matters is that scientists continue to do their research and communicate the results effectively to their colleagues and the public. Libraries and publishers will (and should) survive to the exact degree that they make those two things possible. One upside of the current disruption is the way in which it makes new methods, approaches, and philosophies—some of which may have seemed unthinkable twenty or even ten years ago—not only thinkable today, but urgently needed.

Rick Anderson is the Associate Dean for Scholarly Resources and Collections at the University of Utah's J. Willard Marriott Library. He earned his B.S. and M.L.I.S. degrees at Brigham Young University, and has worked previously as a bibliographer for YBP, Inc., as Head Acquisitions Librarian for the University of North Carolina, Greensboro and as Director of Resource Acquisition at the University of Nevada, Reno. He serves on numerous editorial and advisory boards and is a regular contributor to the Scholarly Kitchen blog, as well as writing a regular column for Library Journal's Academic Newswire. His book, Buying and Contracting for Resources and Services: A How-to-Do-It Manual for Librarians, was published in 2004 by Neal-Schuman. In 2005, Rick was identified by Library Journal as a "Mover & Shaker" – one of the "50 people shaping the future of libraries." In 2008 he was elected president of the North American Serials Interest Group, and he was named an ARL Research Library Leadership Fellow for 2009-10. He is a popular speaker on subjects related to the future of scholarly communication and information services in higher education.