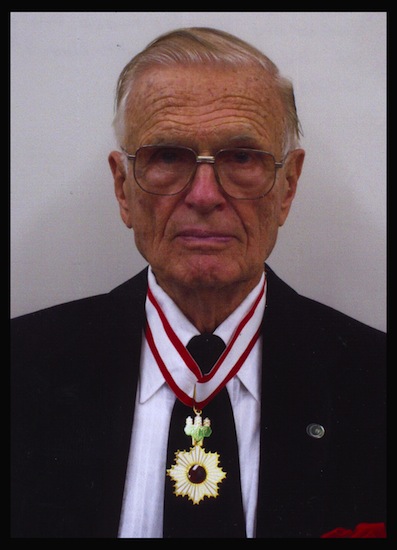 Lennox Tierney was Professor Emeritus at the University of Utah’s Department of Art and Art History. He first came to Salt Lake City in the 1970s to serve as Associate Dean in the College of Fine Arts and to teach courses on the art history of Asia with an emphasis on Japan. Professor Tierney had a special interest in Japanese architecture, visual arts, crafts, and theatre.

Over the years, Lennox Tierney donated his collection of 250,000 slides, film reels, and lecture videos to the Special Collections department at the J. Willard Marriott Library at the University of Utah. The Katherine W. Dumke Fine Arts & Architecture Library at the Marriott Library digitized more than 11,000 of his slides and conducted 55 hours of oral history interviews with Professor Tierney. Also, his video lectures were digitized and are being streamed for educational purposes to University of Utah students, faculty, and staff. The films are in process of being digitized and streamed.

Professor Tierney’s visual images are important to us as he served in the U.S. Navy as the Arts and Monuments Commissioner under General Douglas MacArthur during and immediately after World War II. There, he had special access to monuments and protected buildings such as shrines and temples during Allied Forces’ occupation of Japan. Tierney’s visual documentation of Japan’s heritage is vital to those studying Japanese culture, art and architecture.

The Japanese government awarded the Order of the Rising Sun, Gold Rays with Neck Ribbon in 2007 to Lennox Tierney for documenting Japan during the 1940s and beyond with his photographs and recordings.

Currently, researchers can access the Lennox Tierney 11,000 images and his video lectures from the Marriott Library website.

Through the Lens
with Professor Lennox Tierney