An online exhibit and digital library documenting computer science history at the University of Utah.

The University of Utah was the 4th node on the ARPANET -- the first outside of California to join the network.

"One of the authors (S. Carr) living in Palo Alto uses the Salt Lake PDP-10 on a daily basis by first connecting to the SRI.  We thus have first hand experience that remote interaction is possible and highly effective."

"We have found that, in the process of connecting machines and operating systems together, a great deal of rapport has been established between personnel at the various network node sites. The resulting mixture of ideas, discussions, disagreements, and resolutions has been highly refreshing and beneficial to all involved, and we regard the human interaction as a valuable by-product of the main effect." 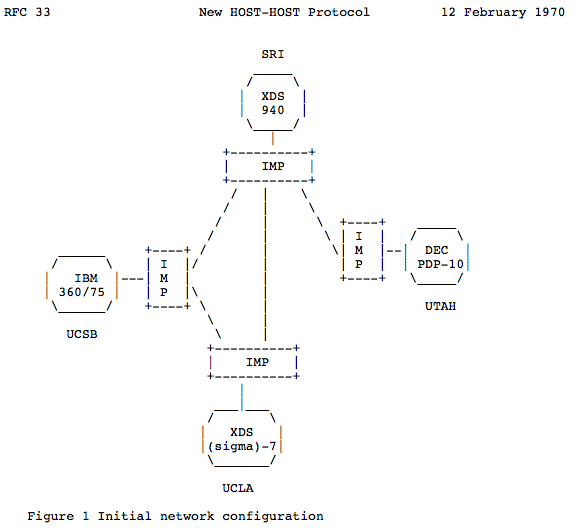 An ASCII character drawing of the 1970 ARPANET configuration.