The history of Utah motorsports is peppered with a variety of classes and styles of competition from grassroots drag racing up to nationally recognized stock racing. However, the greatest of these is the long tradition of competing for land speed records on the Bonneville Salt Flats. The following is from a postcard [P0591] about the famous Utahn Ab Jenkins and the salt flats; "The Bonneville Salt Flats is a salt deposit left by the receding of ancient Lake Bonneville. This deposit covers about 159 square miles extending some nine miles along U.S. Highways 40 and 50 and the Western Pacific Railroad. The salt is white, crystalline aggregate, porous, hard and rigid so that it supports loaded trucks. In 1912 this area was tested as a race track and has since proved to be the greatests automobile speedway in the world. In 1931 Ab Jenkins of Salt lake City broke all former world speed records." In the years that followed, especially the 1950s and 1960s, the salt flats were a motorsports mecca. Today, hundreds of competitors arrive twice every year to attempt to break records. The following photographs and sounds document some of the work from the 1930s up to Speedweek, 1996. 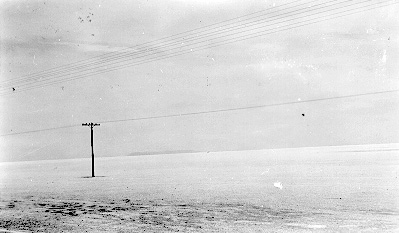 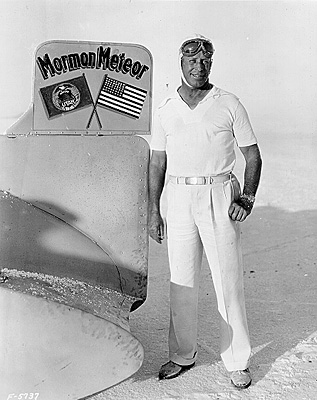 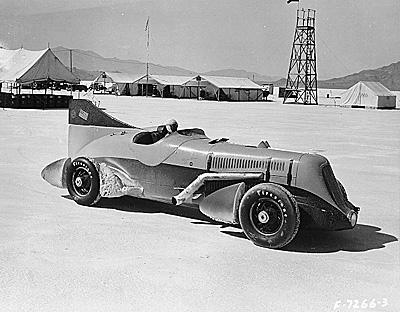 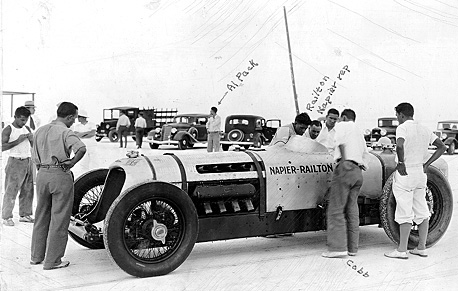 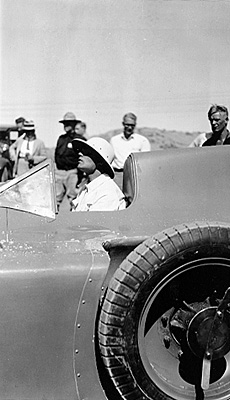 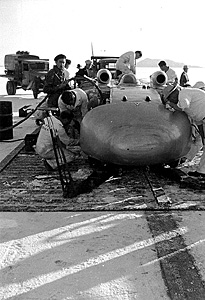 Photographs from the 1996 trials. Click on the picture for a larger image. Special thanks to Jay Mumma for use of his photographs!