Glen Canyon dam was authorized in 1957 and the Bureau of Reclamation quickly asked archeologists, historians, and other scholars to survey the many resources that would be covered by Lake Powell. Dr. C. Gregory Crampton was a professor of history at the University of Utah when he was asked to conduct the historical salvage survey of Glen Canyon. Under Dr. Crampton's direction, students mapped, photographed, and cataloged the hundreds of historical sites that are now forever flooded by Lake Powell. The slides in this exhibit were selected from Dr. Crampton's personal favorites, but are only a small fraction of the thousands of photographs and slides in his collection in the Special Collections Department, J. Willard Marriott Library, University of Utah. For more information about the Crampton photograph collection, see the following: C. Gregory Crampton Collection, P0197. For more about Glen Canyon, see this guide. 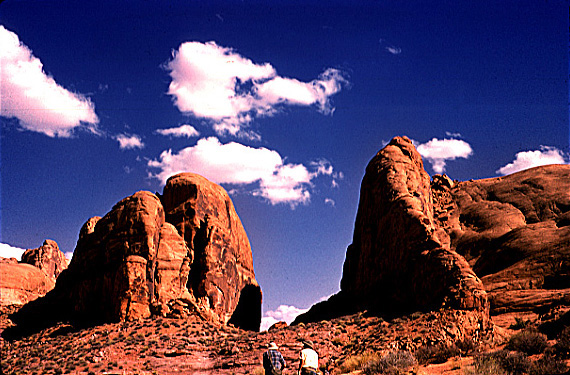 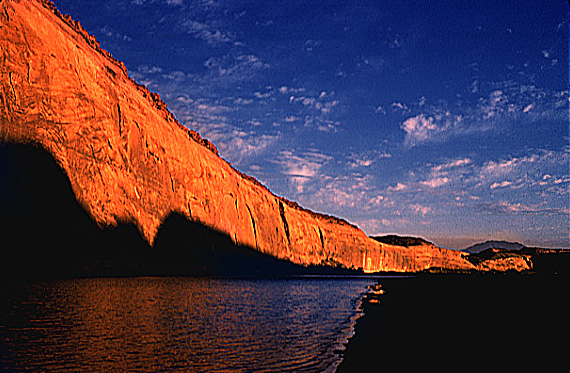 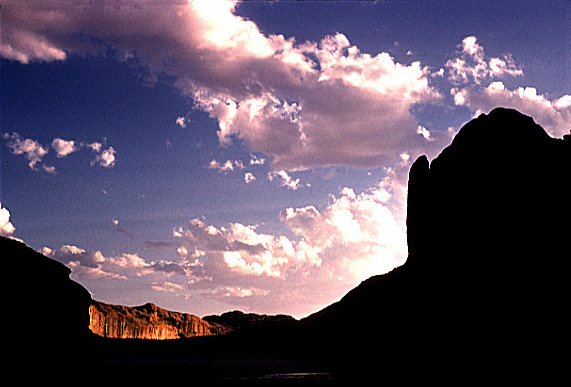 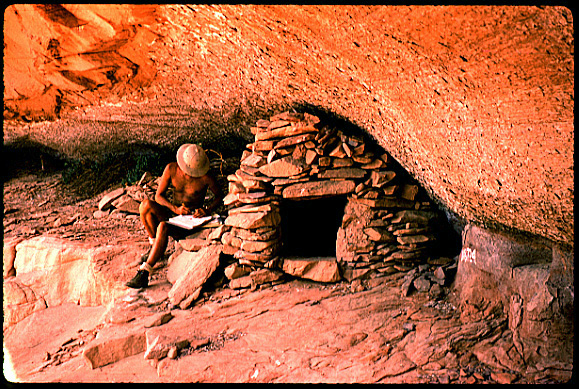 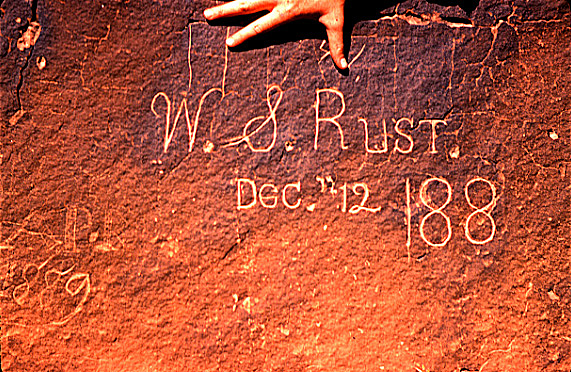 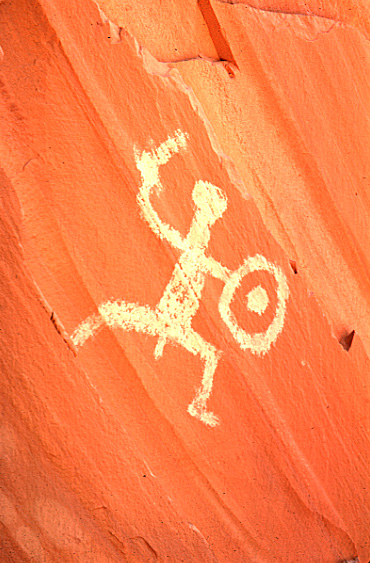 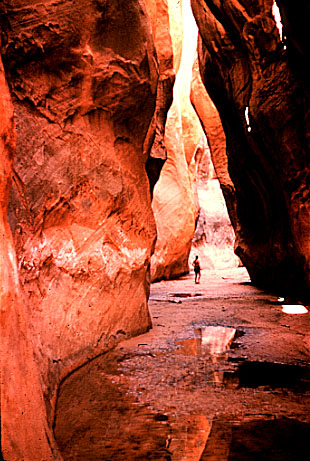 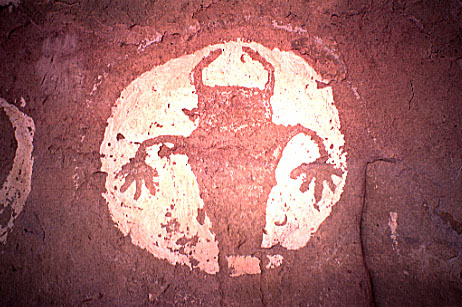 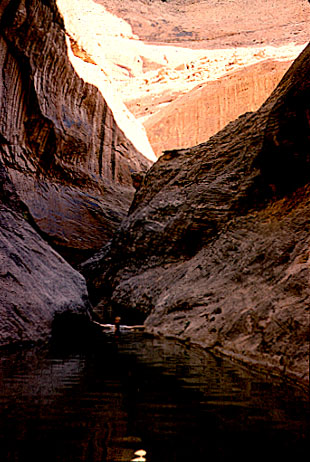 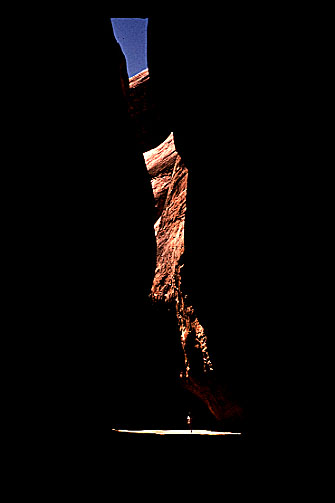 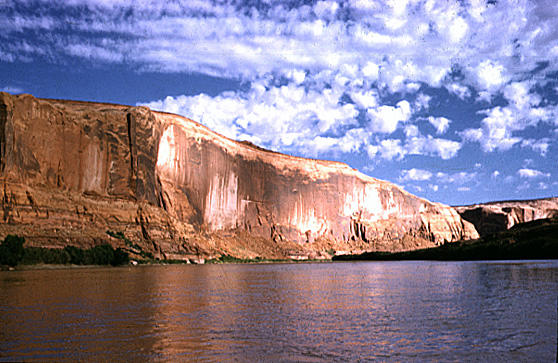 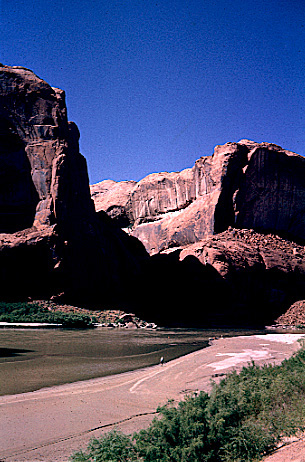 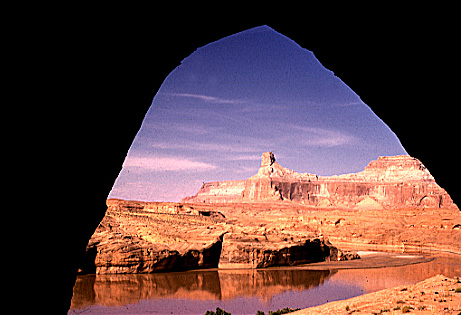 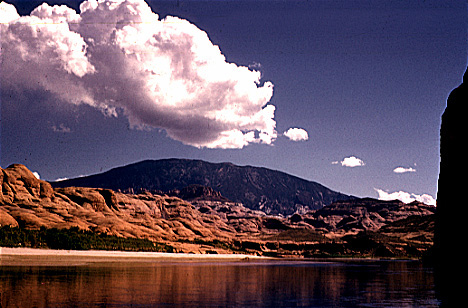 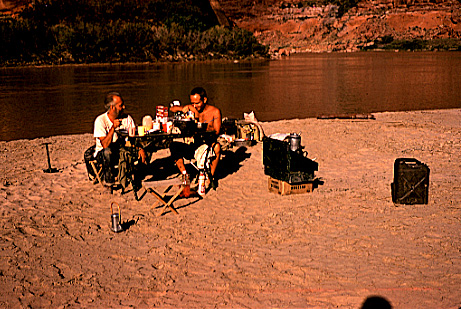 Break on the Colorado River. 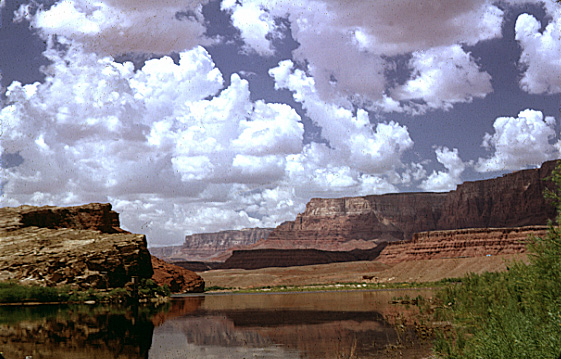 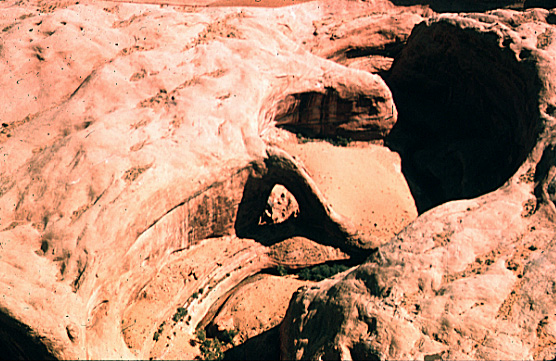 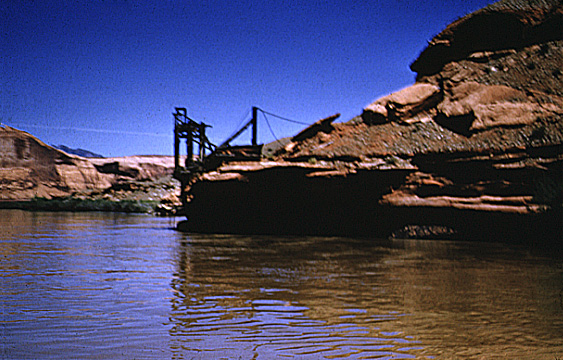 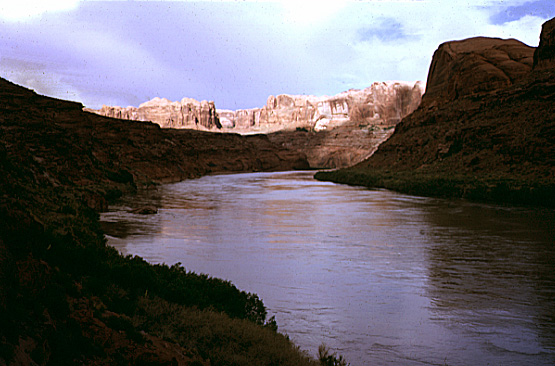 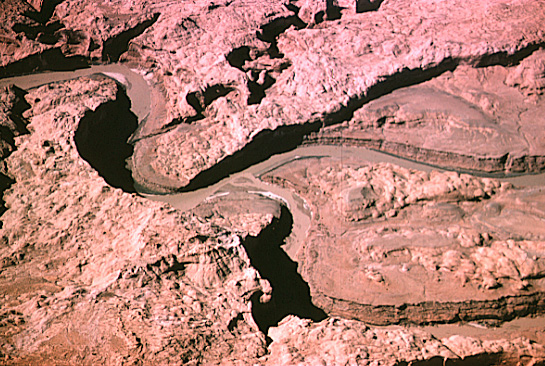 Confluence of the San Juan and Colorado Rivers. February 27, 1963.