A Survey of Contemporary Photography in Utah
https://www.granaryarts.org/publications-demarcation 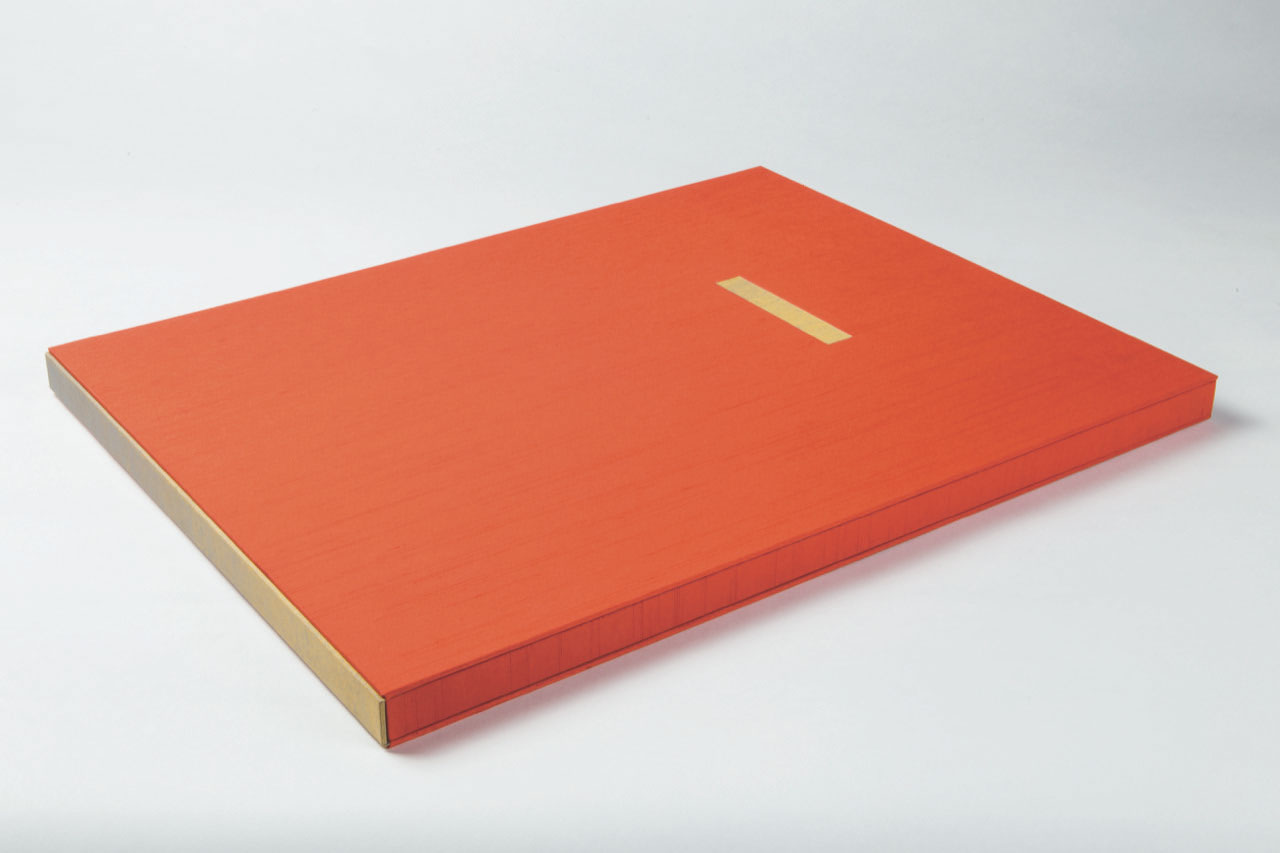 DE|MARCATION was originally conceived by Amy Jorgensen to support the unique vision of artists in the state of Utah and to build on the rich discourse of image making in the region. Curated by Amy Jorgensen and Edward Bateman with included critical essays, the portfolio box, letterpress printed title, index and essay pages have been created in collaboration with Red Butte Press at the University of Utah's Book Arts Program. 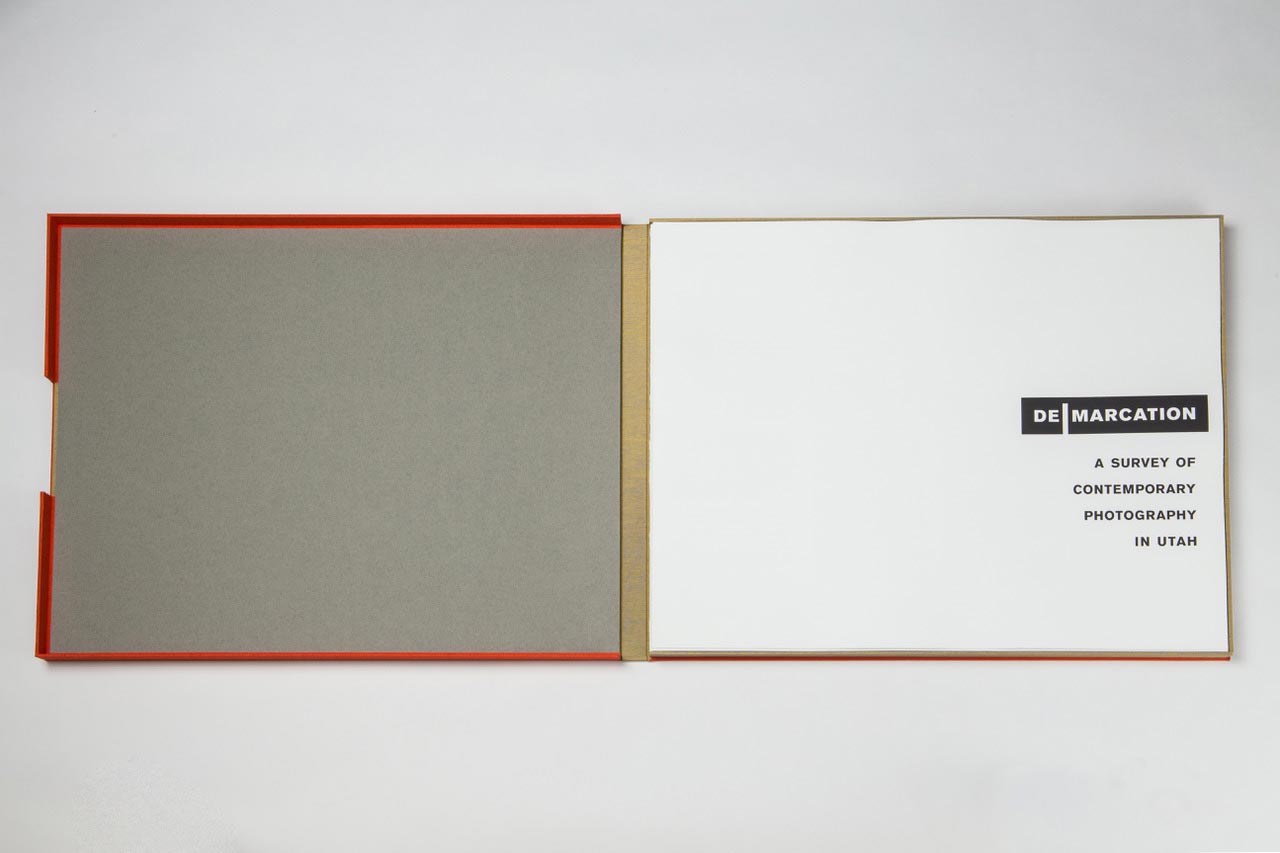 Red Butte Press faculty and staff produced the box and non-photographic content. The text is set in Akzidenz-Grotesk and printed from photopolymer plates on Crane's Lettra paper with a Vandercook SP20 letterpress. Designed collaboratively by the curators and publishers, the clamshell box is covered in Asahi bookcloth with Fabriano Tiziano pastedowns. The measurement of the interruption in the box wall is derived from the ratio between the borders of the state and those of Utah's notch. 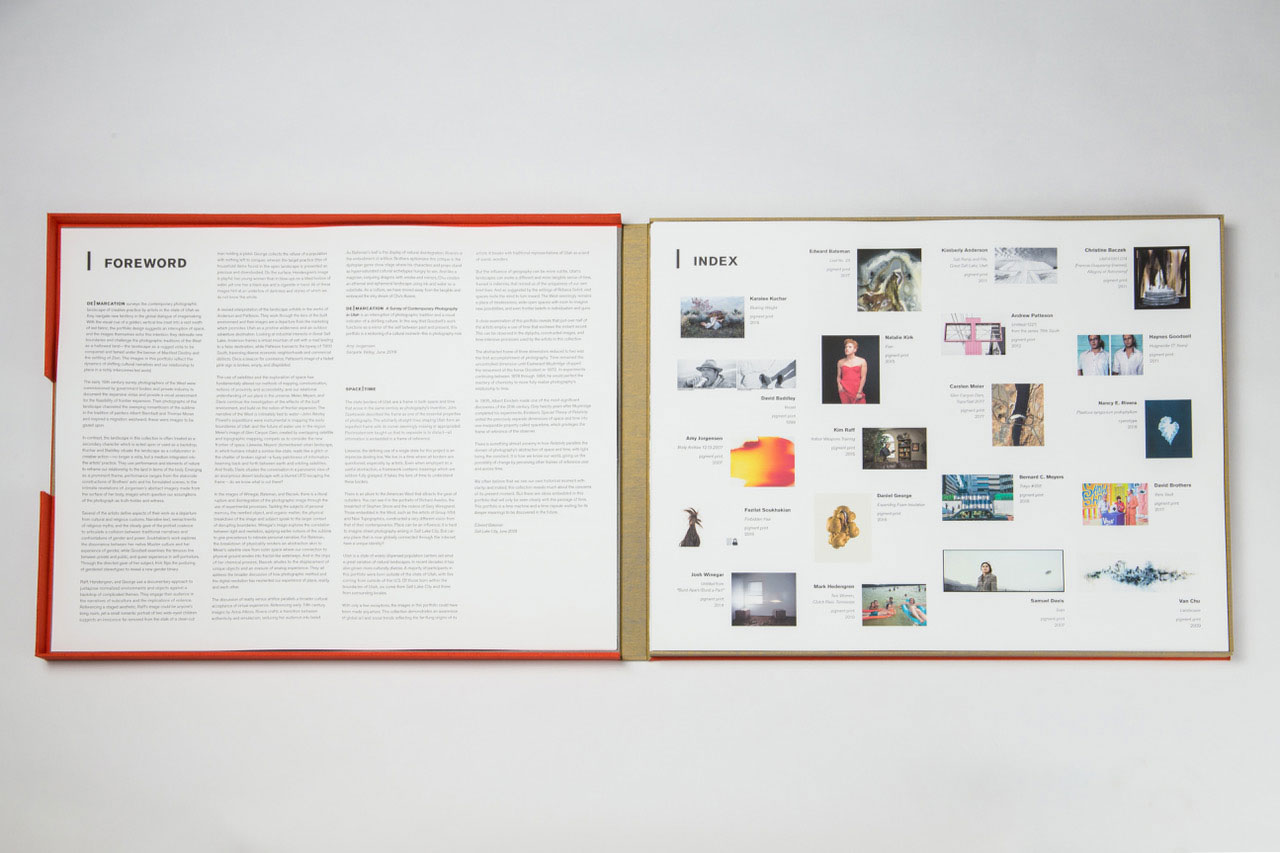 Early photographic surveys of the American West explored the physical territory; this portfolio examines the conceptual landscape of creative practice by photographic artists spanning the vast spaces of Utah. The artists have strong connections to the state and their images represent a diversity beyond geographic boundaries; they interrupt convention and draw new lines. Intended to serve as a document of a historical moment, this portfolio was created as an act of generosity, especially through its inclusion of a younger generation of artists who represent not only the current state of photographic art, but also its future. 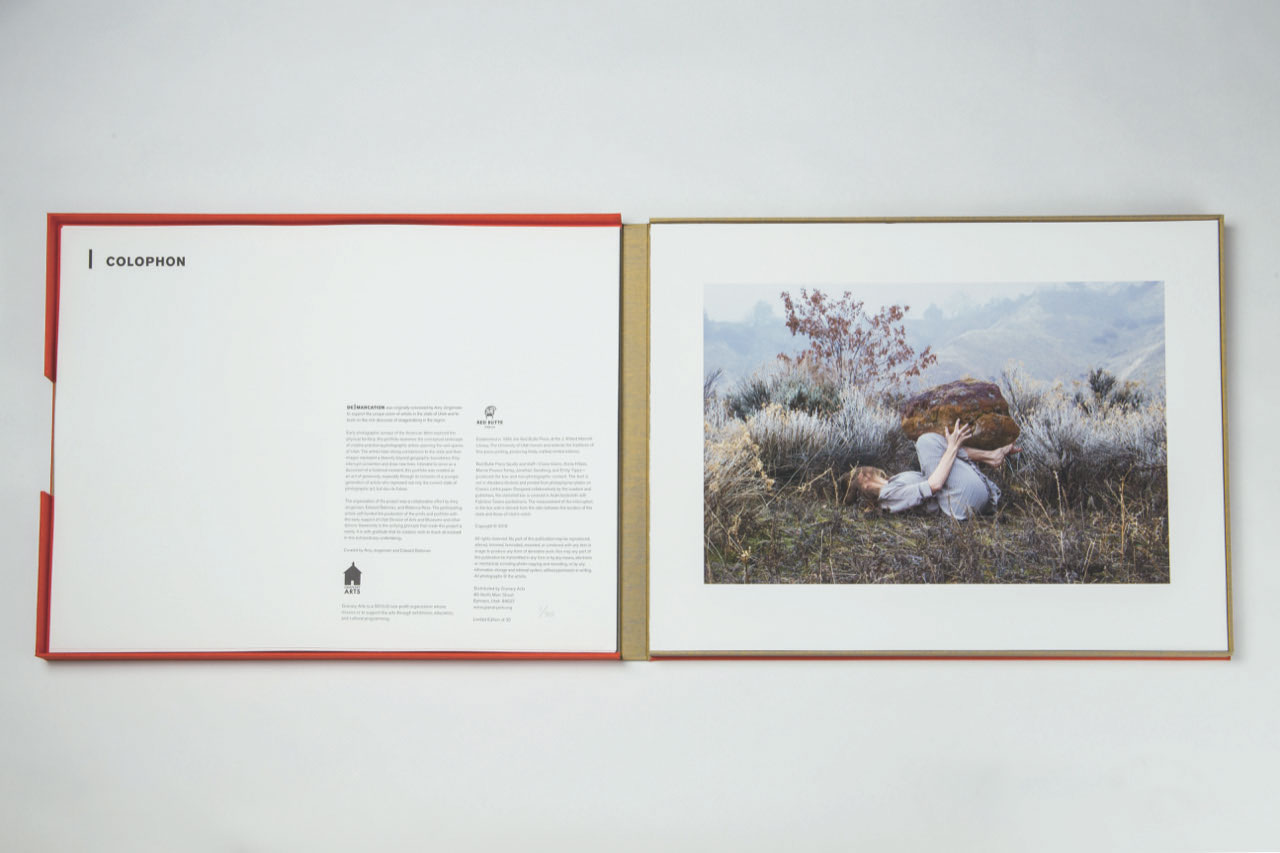 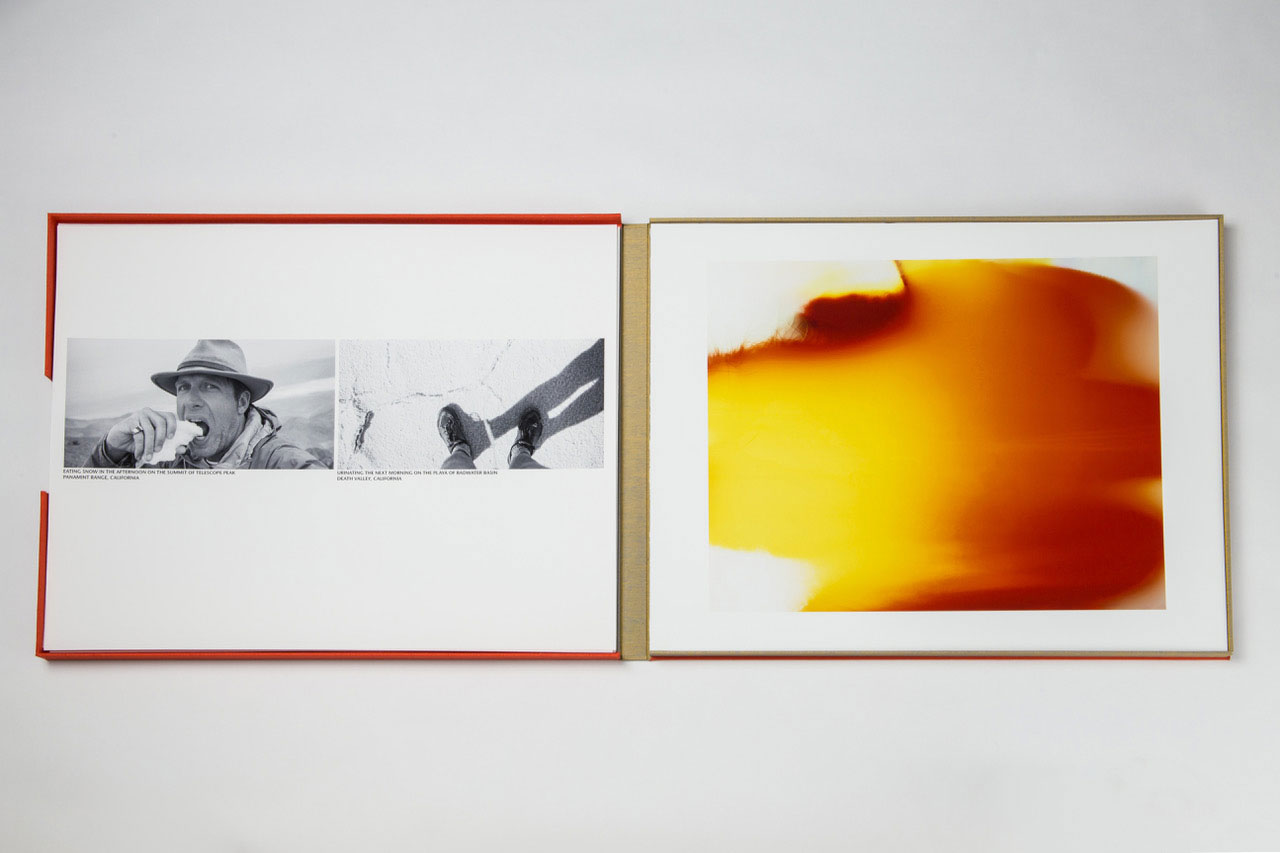 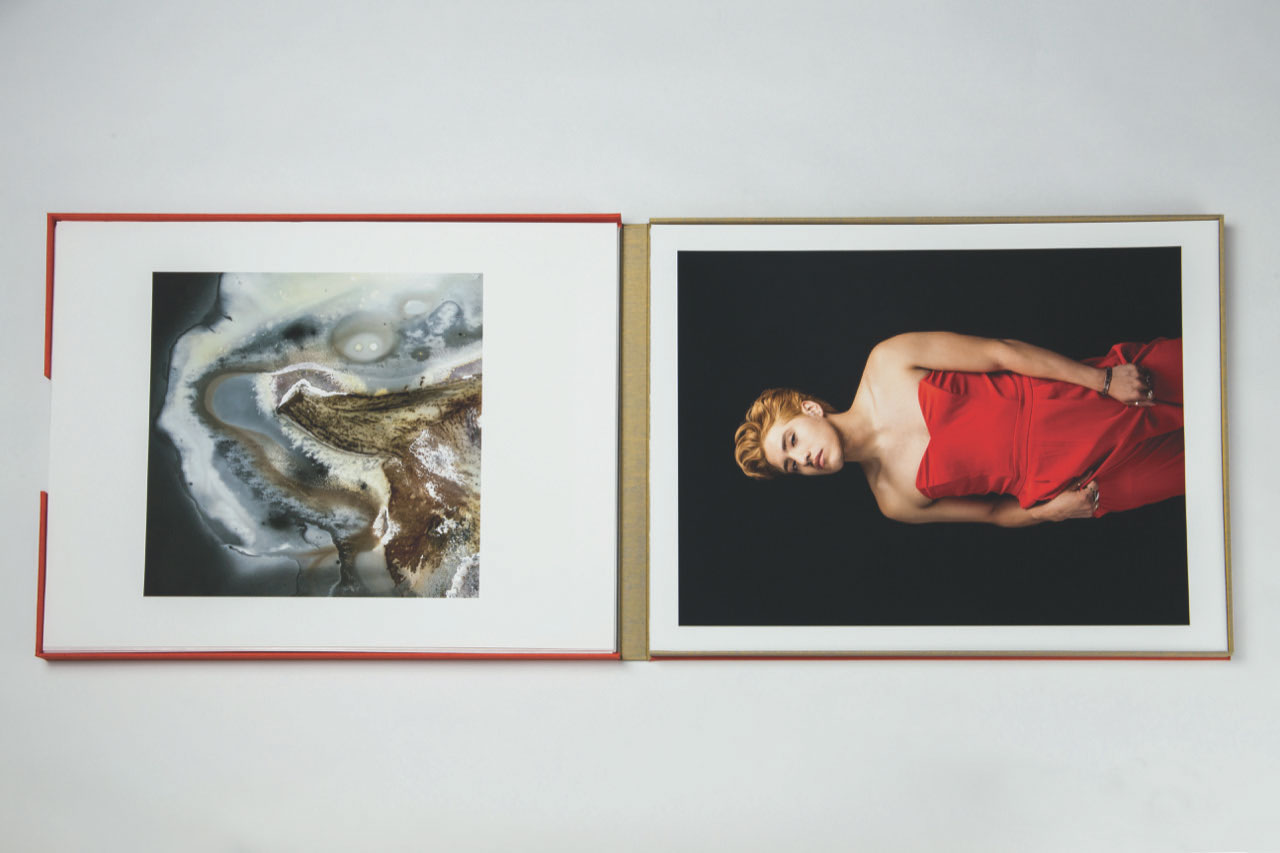 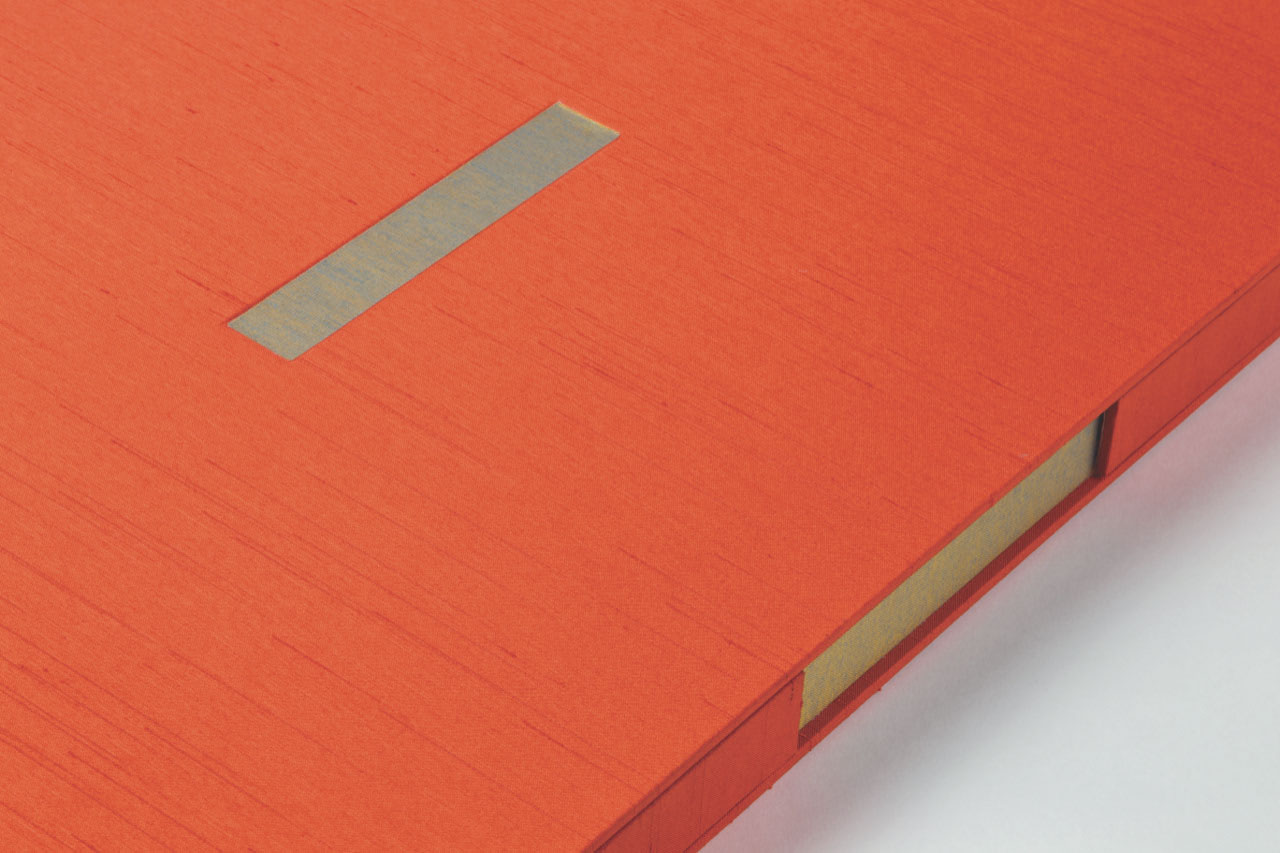 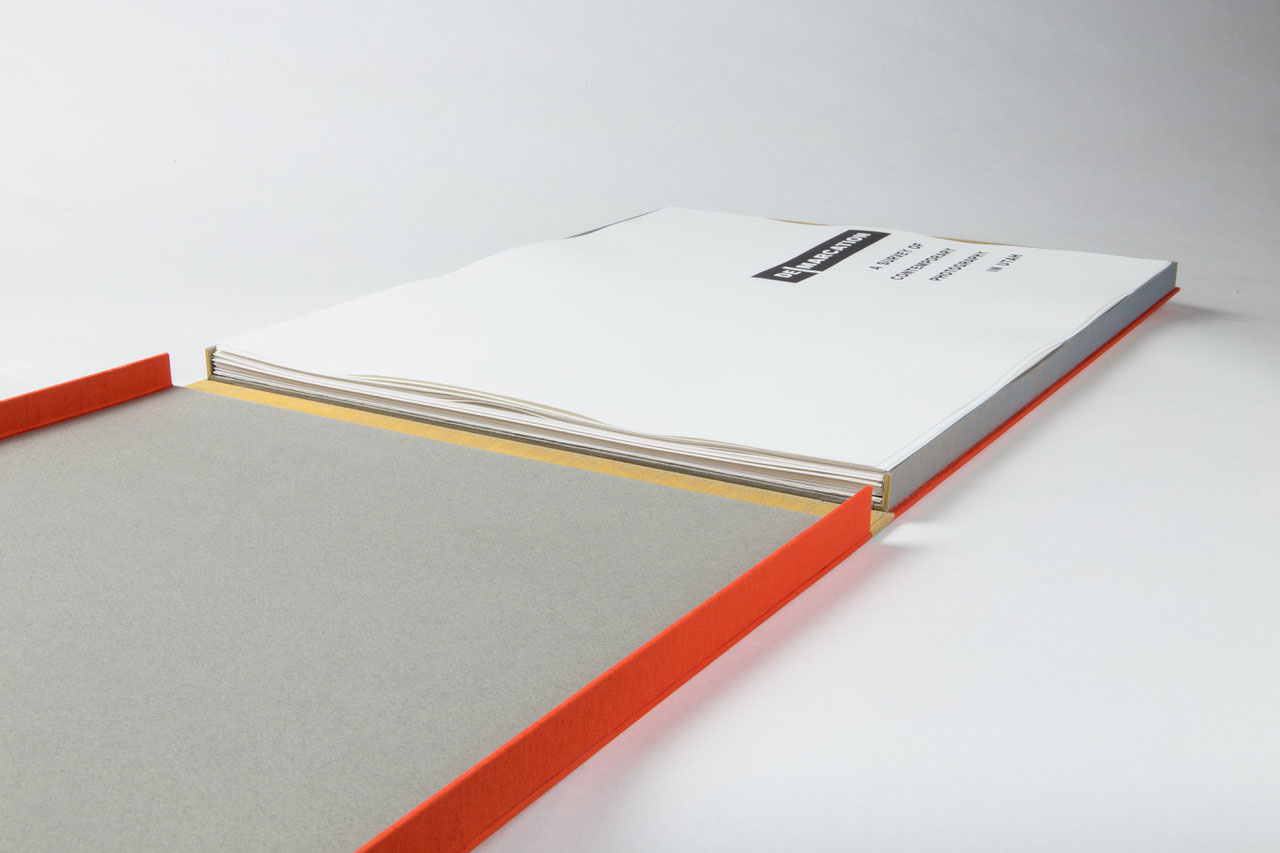